Edi Rama talks about the visit to Hungary, here are the sectors where he will cooperate

Prime Minister Edi Rama announces that he is on a visit to Hungary at the invitation of his counterpart Viktor Orban.

Through a status on social networks, the head of government shows the areas of cooperation between the two countries, while emphasizing that Hungary remains an unwavering supporter of Albania’s integration.

“Budapest – At the invitation of Prime Minister Viktor Orbán, for a working visit on bilateral cooperation in economy, health, education and on the progress of Albania’s European integration, where Hungary is historically an unwavering supporter“, Writes Rama on social networks.

Rama leaves Turkey for Hungary, stops in Bulgaria / The Prime Minister returns on the day of the vote to dismiss Meta

After a two-day visit to Ankara, Prime Minister Edi Rama left this Monday for Budapest, where he will pay another official visit.

It is learned that the focus of the meetings will be the process of European integration of the country and bilateral relations between the countries. Meanwhile, the head of the Albanian government will attend the meetings in Bulgaria.

This country is suspending the integration process of Northern Macedonia, due to disputes over language and history.

Edi Rama will return to Tirana on Wednesday, before the plenary session where the dismissal of President Ilir Meta is expected to be voted.

We bring to your attention that on May 28, the Commission of Inquiry unanimously approved the report for the verification of the violations of President Ilir Meta.

The report has already been passed to the Parliament and the deputies are expected to vote on Wednesday on whether or not to dismiss the head of state. 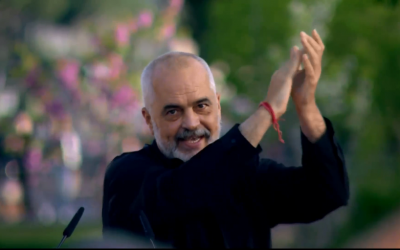