Today alone, 256 drivers are fined! Appeal to all drivers

The increase in the flow of vehicles over the weekend has led the Traffic Police to increase controls.

Thus, at the entrance of Tirana, Elbasan, Durrës and on Kombit road, controls have been intensified as the flow of vehicles has increased significantly since 16:00, when the return of citizens from coastal and tourist areas to Tirana and Morina has begun.

Police say they are monitoring the flow with drones and radar and alcohol testers to identify and punish drivers who make wrong overtaking, who drive at speeds beyond the permitted norms, who drive under the influence of alcohol or while intoxicated.

“From 16:00, 256 drivers who committed wrong overtaking or aggressive behavior on the road were identified and punished with administrative measures.

The Traffic Police of Tirana has handcuffed the citizen BB, 55 years old, after driving an 8 + 1 taxi in a drunken state in the amount of 0.94 mg / l. “, it is said in the police notification.

Traffic Police appeals to all drivers to show extra care and maintain safety distance between vehicles due to heavy traffic, also CAUTION, with incorrect overtaking, limit the speed of movement according to road signs, do not drive vehicles after use of alcoholic beverages, as traffic police services are monitoring your behavior on the street. 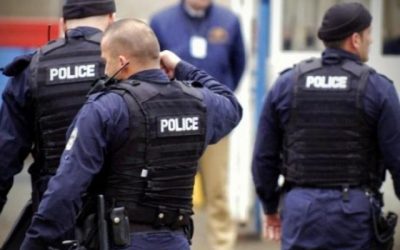