Biden before meeting with Putin: Determined to defend our values

The United States will stand by its European allies in confronting Russia, President Biden vows on the eve of Mr. Biden ‘s first meeting with Russian leader Vladimir Putin since taking office.

President Biden is leaving for Europe on Wednesday for the G-7 summit and NATO summit, during which talks between the US and Russian presidents are scheduled for June 16 in Geneva.

The meeting comes at a time of deepening tensions between the two countries over a number of topics ranging from Russian interference in the US election, human rights abuses and accusations by Washington that Russia is harboring dangerous hackers on its soil.

In an opinion article published Saturday in the Washington Post, President Biden vowed to support “democratic alliances” in dealing with a number of crises and growing threats from Moscow and Beijing.

“We stand united in addressing Russia’s challenges to European security, starting with Russian aggression in Ukraine. “We will leave no room for doubt that the United States is determined to uphold our democratic values, which cannot be separated from our interests,” the president wrote.

“President Putin knows that I will not hesitate to respond to wrongdoing in the future,” he said. “When we meet, I will reaffirm the commitment of America, Europe and other democracies that think like us about human rights and dignity,” the article said.

Since taking office, President Biden has stepped up pressure on the Kremlin, calling Russian leader Vladimir Putin a “killer” at the time, which was met with strong criticism in Moscow.

But both leaders have expressed hope that relations will improve. On Friday, President Putin said he expects positive results from talks with counterpart Biden./VOA 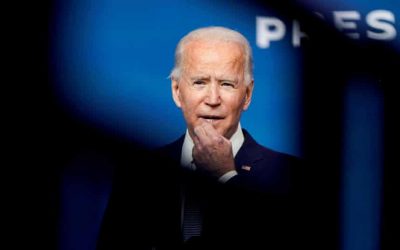