“There is pressure on Vucic and Serbia to recognize Kosovo”

The Speaker of the Assembly of Serbia, Ivica Dacic met with the Special Representative of the State Department for the Western Balkans, Matthew Palmer, with whom he talked about the dialogue process with Kosovo.

Dacic says there is coordinated pressure on Serbian President Aleksandar Vucic and Serbia to recognize Kosovo as unacceptable.

He says he has not yet talked to President Aleksandar Vucic about the details and form of a parliamentary session in which he would present a report on the dialogue between Kosovo and Serbia.

He has announced that he expects the hearing to take place on June 22 or 23, after the meeting in Brussels.

“We discussed the possibility of holding such a parliamentary session a few months ago, but now the issue is current precisely because of the coordination of pressures on both Vucic and our country to take steps that are unacceptable to us, such as the recognition of Kosovo.“Dacic said in an interview with Tanjug. 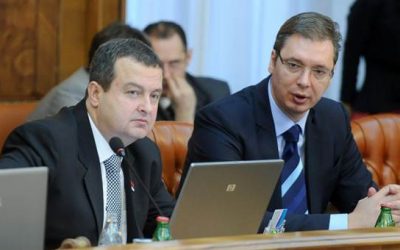