Crises in the Middle East have a habit of pulling US administrations over the years, whether they like it or not.

So it was with Joe Biden when the conflict erupted last month between Israel and Hamas, the Palestinian militant group, causing a series of riots that spread to mixed Israeli cities and the occupied West Bank.

The US president, battling the coronavirus at home and with China and Russia as his foreign policy priorities, appeared reluctant to intervene.

He declared US support for Israel, saying he had not seen a “visible reaction” from the Jewish state, even though its US-made planes bombed the Gaza Strip and blocked the UN Security Council demanding a -scaling.

That attitude changed after Israeli airstrikes destroyed a building housing media organizations, including the Associated Press, the US agency.

It was only after the bombings sparked a protest at a time when Biden faced domestic criticism over his refusal to put pressure on Israel to end his offensive that he backed calls for a ceasefire.

Intensified American diplomacy was then vital to ending the 11-day conflict. At the time, Israeli attacks had killed at least 254 Palestinians in Gaza, many of them women and children. Hamas rockets killed 13 people in Israel, including two children.

US Secretary of State Antony Blinken has since visited the region and rightly overturned some of the reckless pro-Israel measures taken by Donald Trump.
This included a promise to speed up the reopening of a consulate in Jerusalem that serves as a diplomatic channel for Palestinians.

He also announced increased aid to the Palestinians and about $ 5.5 million in disaster assistance to help impoverished Gaza begin another reconstruction process.
Much more needs to be done.

The ceasefire may have ended the fighting, but it will not end the cycle of a long decade of uncertain calm followed by bloodshed.

This will only cease when the Palestinians no longer live under occupation, Gaza is not like an open-air prison, and Palestinians with Israeli citizenship do not face discrimination.
As Israel’s main ally, the US has a moral obligation to hold the Jewish state accountable.

It must use its power to end the ill-treatment of Palestinians, be it expulsions, expansion of settlements or the harassment endured by Palestinians by Israeli security forces and Jewish settlers.

Doing so would lay the necessary foundations for reviving an equal peace process in the hope of securing a just solution.
To do nothing would be to sow the seeds of another inevitable period of violence, whether in the occupied territories, within Israel, or both.

The headstrong serves only the interests of groups, such as Hamas, that take advantage of Israel’s abuses to strengthen their support and justify their militancy, while silencing moderate voices.

Washington must also put pressure on the Palestinian Authority and its president, Mahmoud Abbas, to hold elections to give the Palestinians the opportunity to elect a more representative leadership.

Abbas’s decision last month to cancel what would have been the first Palestinian election in 16 years was wrong and motivated by self-preservation.

The Palestinians need to act right and present a credible partner for Washington and others to engage.

But their failures should not justify the US by turning a blind eye to Israel’s creepy colonization of the occupied territories and the abuse of Palestinian rights.

Biden, who has described himself as a Zionist, must remain committed to the crisis.
The US has a choice: to look more and more like the Israel fan as the conflict boils over, or to be the serious and objective player it should be.

Translated and adapted by the Financial Times/ FH, Konica.al 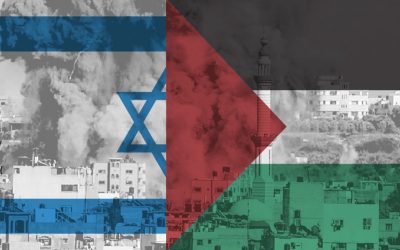