“The perpetrator was short, he did not enter at all…” / The witness describes the Pope’s killer. Media: May have been involved in the execution of the journalist, they demanded…

The testimony of the person who witnessed the murder of Aris Papas, the Albanian who was shot dead yesterday in Athens, also known by the nickname “Mili”, is revealed. Greek media “Newsbomb” writes that the perpetrator shot the victim without entering the cafe, and then he left the crime scene on foot.

The killer had put on a hat and an anti-COVID mask to be unrecognizable and shot at his target 8 times in the head.

“The author was short and thin. He did not go inside, stood outside the door and fired. Next to him was a couple drinking coffee, so after he killed he turned around and ran away. In two to three minutes the first cops came because they were so close. They patrolled the streets but found nothing. I did not see the face of the perpetrator because I was far away, but I saw the scene,He said.

Aris Papas, described by the Greek media as one of the most famous members of the Albanian mafia, was executed yesterday afternoon in a bar while drinking coffee in the center of Athens. The Albanian known as “Mili” joined the ranks of the Albanian mafia many years ago, while the article raises suspicions about the enemy of the 34-year-old who was killed yesterday, against whom a total of 3 assassinations were organized. 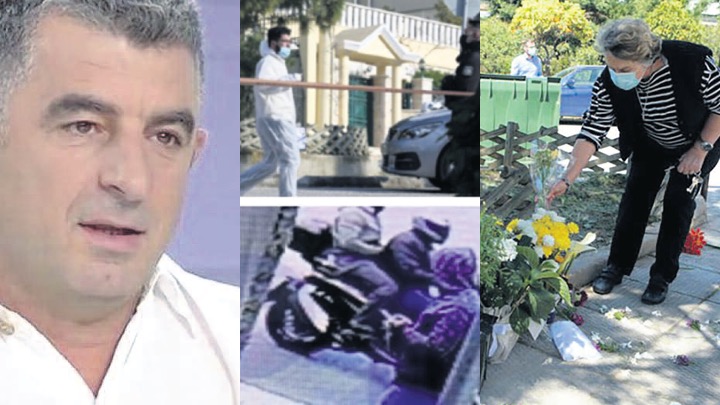 Meanwhile, another clue has emerged from the Greek media about the murder of the Albanian Aristidh Papa in Athens last afternoon.

It is suspected that the Albanian was involved in the April 9 assassination attempt on the journalist of the black chronicle, Giorgos Karaivaz, who was executed after he had left a TV show and was getting out of the car to enter the house.

According to Greek media, perhaps some people wanted to shut up the Albanian for the murder in question.