We left the worst behind, but at what cost!

After a difficult period, lasting more than 14 months, spring is back again. The first data speak of a significant revival of the economy in the country.

Exports have rapidly recovered from the losses of quarantine months, when restrictions imposed, almost all over Europe, severely damaged sales abroad, with the exception of the food group. For the 4-month period, exports increased by 35% on an annual basis.

Even in relation to the 4th quarter of 2019, the trend is again expanding, by + 10%. The improvement of the economic performance, in the first part of this year, has had a positive impact on the performance of budget revenues. According to the fiscal indicators of the Ministry of Finance, for the period January-April 2021, budget revenues increased by 14% compared to the same period a year earlier and 2% compared to January-April 2019.

With these rates and the performance of tourism, which this season is predicted by tour operators to be much more positive than last year, the economy is expected to reach this year the level of pre-crisis, unlike the initial estimates for 2022.

Even the decline in 2020, of about -3.3%, was much lower than expected, ranging from -9%, the latter with the best performance after Serbia (-1%) and at much more satisfactory levels than Kosovo. , Northern Macedonia and especially Montenegro (-9%), with which we were initially compared, due to the high dependence of both countries on tourism. Here, in fact, the phenomenon of money laundering, which boosted the construction and real estate sectors, had a positive impact, as evidenced by international reports.

Since mid-April, the epidemiological situation has improved significantly. The number of hospitalizations has dropped, new daily infections are at minimal levels, as the country appears to have achieved herd immunity.
It is already obvious that we have left the worst behind, both economically and in terms of health. But, at what cost did this come ?! Unfortunately, the country seems to be moving towards herd immunity, not with the help of vaccines (doses have been made for only 10% of the population, well below the European average and which has stalled since the election), but because of the intensity with which the population contracted the disease during the period from November 2020 to March 2021.

Although with a weak health system and the lowest number of doctors per capita in Europe, the government openly chose the pre-health economy, under pressure from ventures and fearing losing pre-election popularity. Unlike other developed countries, after the first quarantine of March-May 2020, the restrictions were minimal even in the period of late 2020 and early 2021, when the pandemic broke out with all its might.

Overcrowding in hospitals and fears of lack of health care led many individuals to choose to be treated at home, private hospitals or abroad (mainly in Turkey), with costs estimated at between 3,000 and 50,000 euros for treatment abroad.

A direct indicator of pandemic situation mismanagement is the high increase in additional mortality. “Health Data”, the American institute for health assessment, recently ranked Albania fourth in the world for the level of real deaths from Covid-19 in relation to the population, after Azerbaijan, Bosnia and Herzegovina and Bulgaria. Albania had a total of 529 deaths per 100 thousand inhabitants, for the period March 2020 to May 2021, ranking fourth among the 20 countries with the highest real deaths from Covid-19. https://www.monitor.al/raporti-i-health-data-shqiperia-e-katerta-ne-bote-per-vdekjet-e-larta-reale-nga-covid-19-ne-raport-me- population-6-times-more-than-official-declarations /

Even earlier, national and Eurostat data for European countries showed that Albania had the highest increase in deaths during the pandemic period and among the first in Europe for the increase of fatalities in relation to the population, except for those countries that in years normal had a high mortality rate, e.g. Bulgaria. According to INSTAT, from April 2020 to March 2021, there were about 9,300 additional deaths compared to the corresponding periods of the previous year, when the virus was not present.

Unlike the developed countries of the world, which chose the lives of people over everything, in Albania, the economy won over health and the consequences – unlike those of quarantine – are irreparable. But, the most intolerable, is that now that the country’s economy is recovering rapidly, failure is being sold to us as success! / Monitor 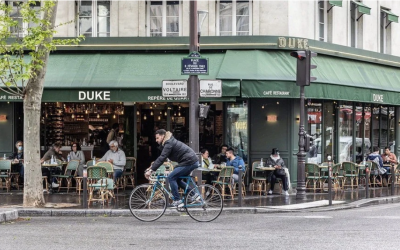