Reagon Basha: I am throwing the bait after he has done …

The incumbent chairman of the Democratic Party, Lulzim Basha, during the meeting with the Democrats of Dibra, commented on the offer of the Prime Minister, Edi Rama, for cooperation without red lines.

So, wanting that in a moment of weakness, despair of the citizens, to compromise the only force he knows, that not only faces him but despite the April 25 massacre, not only did not kneel, he was coming out stronger and most united by Dibra, throughout Albania. Therefore, with the responsibility and burden that the Albanians, Dibra and all Albanians have charged us for change, today, aware of the achievements of this unequal battle, aware of the power we have projected only through our values, I want to tell you that the solution that I propose and with which I want to continue to guide you, is not that of compromise with evil but of the battle to the end to bring to the abyss those we brought to the brink of the abyss on April 25th.

I am here to tell you that there is no other way for the Democratic Party, no other way for Albania. Together, more and more united, lead the battle to the end! We did not start this battle for ourselves, we will not continue this battle only for ourselves. We will continue it for all Albanians and just as we took the Albanians to the ballot boxes on April 25, so we will take them with us in this battle because the fate of Albania now depends only on us.

My friends, this is an internal race, which takes place according to the statutory rules of the Democratic Party and is a welcome moment, that we make a big difference with our opponent.

A moment that despite what our opponents say, again differentiates us from them, are the party of closed mouth while this is an open party, of debate, of free thought and indisputably also of competition.

But the only means that Edi Rama has to escape the inevitable is the confrontation that is coming not only simply with the anger of the Democrats, but with the anger of an entire people that has been violently denied but temporarily denied change, the only thing that is at hand is to divide us. Let’s put it bluntly, directly: Edi Rama does not want us to continue the battle together and he does not want me to be in charge of this battle.

I am here to ask you the opposite, first to consider this race we are doing for the sake of our statutory rules and values ​​as a golden opportunity to come out more united, more aware and more determined to the political action that awaits us. Second, that the ambiguities or turmoil that may prevail in someone’s mind but in someone’s heart, do not turn into a reason to kick what we have built together all these years of sacrifice and especially in this epic battle with the regime ending until April 25.

So, to deny our opponent and the enemy of democracy and the Albanians, the pleasure of this race that we do for the sake of the rules, to turn it into an opportunity to tie our hands from behind, to deal with ourselves, but let us turn it into an extraordinary union through mass participation on June 13th as an important station to show the Albanians that the democrats of Dibra and all of Albania are on their feet and to give us once again the tools, the instruments, the opportunity to to continue the battle until the last station, until the fall of the regime and the bringing of democracy and the victory of the Democratic Party.

Thank you from the bottom of my heart for your participation, gratitude for your sacrifice and now it is up to you. 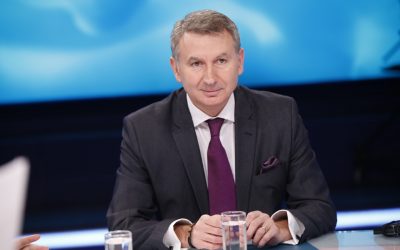