After shining in “Eurovision”, Angela Peristeri changes her look

The Albanian singer, Anxhela Peristeri, worthily represented Albania in “Eurovision” and won the hearts of Europeans.

Particular attention was also paid to her look, with which she shone and looked like a real diva.

Apparently, Angela has decided to make a change in her appearance, deciding to cut her hair. She has embraced the latest trend of short hair and we can say with full mouth that she looks very “cool”.

Regarding her participation in the European song competition, her colleagues from different countries also gave their comments.

Recently, the representative of France, Barbara Pravi spoke about the Albanian singer in “Abc e Pasdites”.

“I met Angela during rehearsals. I spoke to her and told her that I really like her performance, especially in the part of the smoke that surrounded her. She is crazy, crazy in stage performance. John before Eurovision had come to Paris and we met in my studio. “I like that guy very much,” said Barbara.

In closing, the moderator Ermal Peçi asked the artist for a message for the Albanian singers, who see the table ranking very much. Barbara underlined that everything should be lived as a holiday, without thinking about the ranking. According to her, she has won so much from “Eurovision” and the great love of the fans, even if it was the last in the rankings, would matter little. 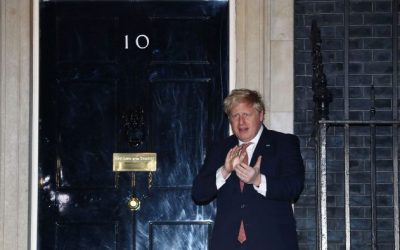