On June 13, one of the four candidates for the DP leader will be elected by the party membership, to lead it for the next four years. But the history so far with the leadership of the DP should not be repeated. It no longer makes sense for the chairman to lead the party to parliamentary elections, and after them, to justify himself with “electoral massacres” or “election buying / stealing”.

Every decision and action during the four years before the elections must be carefully weighed and studied, in order to lead the party to power. Any tactics of the opponent, the party must respond with the most effective counter-tactics to seize power. And above all, under the leadership of the chairman, the party must inspire as many voters as possible, so that their wave of votes can overturn the electoral wall of the ruling party.

The DP is not a second-hand party. When he was in power, he either had the only votes in the Assembly to elect and support the government, or he needed very few votes of a second-hand party. Also, even when it was in opposition, it was absolutely the largest opposition party. However, it does not make sense to remain indefinitely the largest opposition party, or far from it, the second violin in a grand coalition government with the SP…

Given this history of the DP, the four candidates, in addition to the various promises they are making these days, must make a special promise, which is probably the most important for the future of the party. They should promise that in the first meeting of the National Assembly of the Democratic Party, they will make a change in the statute of the party, where this essential article will be deleted: “If after the parliamentary elections, the Democratic Party fails to create the government as its first force, the chairman automatically leaves any post and party body, leaving only a simple member of the party (if he wishes).

Such an unequivocal article would place full responsibility on anyone elected by ordinary Democrats on June 13. And they do not want a mayor to lead them from defeat to defeat. They want someone to lead them to victory. And victory for them is only when the DP comes to power – either alone or as the largest party in a governing coalition… 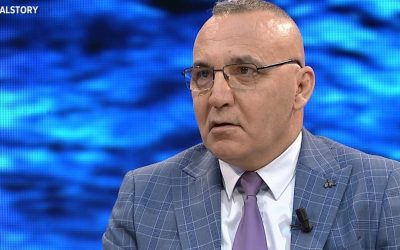