The influence of Italian Renaissance music quickly arrived in Albania through Arbëresh priests and missionaries.

Palokë Kurti, the author of the well-known popular civic song from Shkodra “Për mue paska keni kismet”, was one of the first composers of our national Renaissance. His creations are like a type of small operatic arias, well known as Shkodra jars.

The reason that connects Kurti with Italy, the birthplace of opera was his first music teacher. From an early age Kurti enrolled in the Franciscan school and Father Tomë Marcozzi, an Arbëresh priest, taught him about music and playing musical instruments.

Marcozzi, dedicated to his mission, not only taught the children of the Franciscan college in Shkodra, but also ensured that for their teaching, full musical instruments came from across the sea. Inspired by his teacher and his hometown, Palokë Kurti has left many moments of Shkodra folk song, and his sons Lec and Zef Kurti have followed his path. 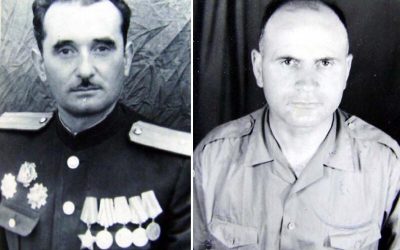