Nishani: Basha hilacak. Seeks to share his failures with him

The head of the National Council of the Democratic Party, Bujar Nishani has called the leader of the blue headquarters a character who has built his political career on the basis of tricks and intrigues.

“Lulzim Basha has built his entire political career as far as I understand on tricks and small intrigues. If Lulzim Basha would have the courage and be a man and a leader as he should be, someone comes out and takes a stand. Lulzim Basha has always asked to share the responsibility for the failures with Sali Berisha. “

Invited to Spotlight, Mr. Nishani claimed that the former historical leader of the Democratic Party, Mr. Sali Berisha, made a mistake by supporting Lulzim Basha.

“It is true that there was support from Mr. Berisha for Lulzim Basha. It is ‘obvious’ we Albanians say. That I can deny this. Did he do good, did he do bad, I do not know, history will tell. Today we are talking about, after 8 years of opposition, Mr. Basha is a failure. Mr. Berisha has his own moral responsibilities that Mr. Basha has supported. “

Regarding the race in the Democratic Party, when the next chairman of the Democratic Party is expected to be elected on June 13, Nishani said that Berisha is upset with the stagnation where the blue headquarters is already. According to Nishani, Berisha no longer supports any candidate.

“He is upset with the process and the stagnation of the Democratic Party. Definitely Mr. Basha too, because he is the chairman of the party and he is keeping it blocked, he is holding this kind of hostage.

Unlike in 2013, I do not see any commitment from Mr. Berisha to influence or support any of the candidates. “Moreover, last night Mr. Berisha held a very clear position, saying that it was not and is not the time to run for mayor within the Democratic Party.” 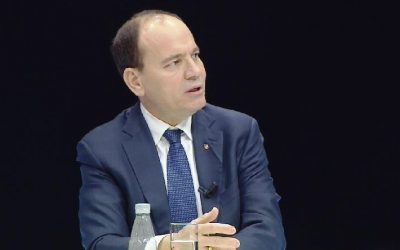