The author of the gunshot wound this afternoon in Tirana (May 27) has numerous stories of the use of firearms, in the span of a decade. 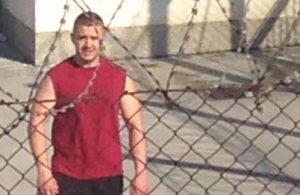 The son of the shooting champion, Klajdi Kodra from Laçi has been involved in a series of serious events. Despite numerous incidents, thankfully so far there have been no casualties.

The first event dates back to 2010, on “Vasil Shanto” street, where brothers Clyde and Roland Çeço, 25 and 27 years old, were injured. Police at the time declared 20-year-old Clyde Kodra wanted as the suspected perpetrator of the injuries.

Meanwhile, in 2011, 21-year-old Kodra fired a gun to kill a 26-year-old, who fortunately escaped. In the street “Ymer Kurti”, in Tirana, after a quarrel for weak motives, between Kodra and citizens Roland Laçi and Elvis Burimi, in the ongoing quarrel, the citizen Klajdi Kodra shot with a firearm, injuring the citizen Roland Sabri Laçi, 26 years old , residing in Tirana.

Meanwhile, in 2013, there was a gunshot wound near the Artificial Lake. The injured person, Clyde Kodra, was shot in the leg. The injury occurred after an instant conflict, where the cause is suspected to have been a narcotics issue.

But in September 2016, Clyde Kodra caused another incident. After he was released from prison, he clashed with a police officer and tore his uniform.

Police had detained him and his friend Bledar Matoshi, 27, as they moved around the city at gunpoint. Kodra then opposed the police and tore the policeman’s uniform.

While in 2016, he injured Flamur Cullhaj with strong tools in the “Paris Commune” after a banal quarrel. He is the son of the vice-champion of shooting, Lindita Kodra.