PHOTO / Unusual, 39-year-old Spanish man is found dead inside a dinosaur sculpture. Tried to get…

An unusual event occurred in Spain where a person tried to pick up the phone dropped on a dinosaur sculpture, unfortunately lost his life.

Foreign media suggest that the 39-year-old was found dead inside a dinosaur sculpture in the town of Santa Coloma de Garmene near Barcelona.

The first suspicions are the unfortunate man had attempted to pick up his phone and that he had got stuck inside the sculpture. Police were called and when they went to the scene in the town of Santa Coloma de Garmene near Barcelona, ​​they had seen the dead body of the man. 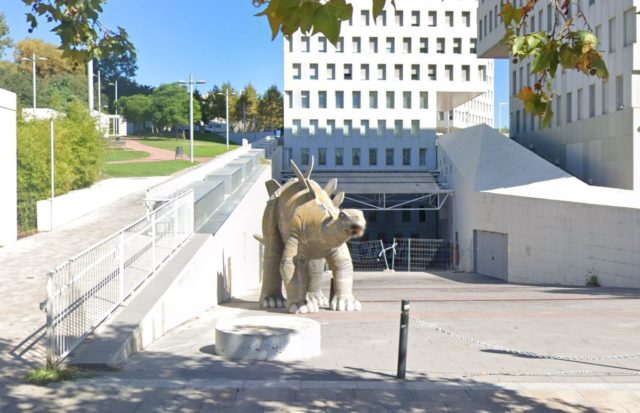 “The dead body of the 39-year-old was found at the foot of the dinosaur sculpture. This is an unusual case. “So far there are no signs of violence, but it is not known how the man got stuck in the dinosaur’s leg”, the police announced.

According to the police spokesman, there is no doubt that the 39-year-old may have been strangled by someone. Everything apparently happened when he tried to pick up the phone that had fallen on him.

It was inserted through the dinosaur head and remained trapped inside. On the other hand it has been announced that they are awaiting the results of the autopsy. Meanwhile, it is learned that the 39-year-old may have stayed within a few days and the finding of his lifeless body was made only when the family members had reported to the police his disappearance just a few hours before the lifeless body was found. e.su./abcnews.al 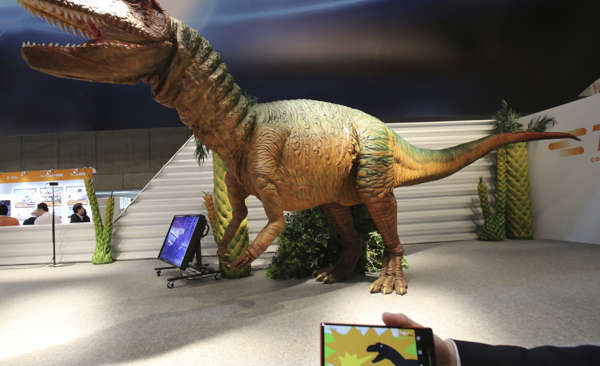