Republicans can not hide from January 6

Republicans would really like to ‘leave’ beyond Jan. 6, but it is not going very well.
Four months in the Biden administration, as GOP leaders race to divert attention from the violent attack by a pro-Trump mob on the Capitol, they are being forced to face anger at every turn.

Democrats are moving forward with plans for in-depth investigation into the attack.
Rep. Liz Cheney has joined Republicans critical of Donald Trump and is taking every opportunity to condemn the former president for his role in the attack.
Trump has continued to trumpet his case that the election was stolen by corrupt officials the same lie that inspired the crowd to attack the Capitol on January 6th.

The combination of factors has made it all but impossible for GOP leaders to turn public view from the outrageous attack and towards their criticism of Biden and his policy agenda.
These difficulties appeared at a press conference this week when Minority Leader Kevin McCarthy (R-Calif.) Tried to show attention to Cuban politics and the dangers of socialism. Instead, McCarthy faced a barrage of questions from reporters about Jan. 6 and the commission of inquiry, which he had voted against just the day before.

Would he testify before the commission about his phone call with Trump while the January 6 attack was taking place?

“Of course, the next question,” McCarthy replied.

Were you surprised that 35 Republicans voted with the Democrats to create the Jan. 6 commission?

“No at all. “I thought it would be higher,” McCarthy said.

Is it a conflict of interest for lawmakers to vote on setting up a commission that can call them to testify?

“No, because who knows what they will do on the commission,” McCarthy replied.

Are you absolutely certain that no GOP lawmaker was in communication with the protesters who attacked the Capitol on January 6th?

“I do not believe they are, but thank you for the question,” McCarthy said as his fellow lawmakers could be seen behind him leaving the press conference.

Complicating McCarthy’s efforts to turn the page, there are dozens of Republicans at his conference who say the Jan. 6 attack on the Capitol needs further research.
That 35 Republicans took on both McCarthy and Trump to support the foreign affairs committee surprised lawmakers in both parties, who expected only 15 to 25 departures.

“I have limited confidence that a traditional partisan committee process will bring us very close to the truth around January 6,” he told The Hill rep. Dusty Johnson (RS.D.), who was among those 35 deserters. “There are some serious answers that we need to reach in the end and an independent commission is the right way to do that.”

Others, such as conservative GOP representative Ken Buck (Colo.), Said their constituents in the country are still pushing for answers as to whether Trump’s rhetoric or actions sparked Capitol riots, while Trump continued to falsely claim that the election of 2020 were stolen.

GOP executives seem to have other ideas.
They opposed the bill by setting up the Jan. 6 commission, though it was negotiated by the rep. John Katko (NY). And their decision to remove Cheney, the most powerful Republican woman in Congress, was largely based on Cheney’s refusal to remain silent about what she considers Trump’s collaboration in the Capitol attack.

Her replacement, Rep. Elise Stefanik, is a back-to-center loyalist to Trump, who is promising another focus one that satisfies his false election claims.
Cheney is “looking back; “Republicans are waiting to move forward,” Stefanik told Fox News. “We are united and we are talking about conservative principles. “President Trump is an important voice in the Republican Party.”

Yet Cheney, the daughter of former Vice President Dick Cheney, has not fallen silent. Instead, she is giving existential warnings that Republican loyalty to Trump will be the downfall of the party. And to the chagrin of GOP leaders, she is getting that message in the interim terms of 2022.

“Staying silent and ignoring the lie give power to the liar. I will not take part in this, “said Cheney. “I will not stand idly by and watch in silence as others lead our party down a path that abandons the rule of law and joins the former president’s crusade to undermine our democracy.”
Some Trump loyalists have inadvertently kept the January 6 attack on the news with recent comments minimizing its harshness.

Senator Ron Johnson this week called the violent attack on the Capitol a largely “peaceful” protest, while Rep. Marjorie Taylor Greene said the arrested protesters were “being abused” in custody.
They are hardly alone. During a hearing last week, Rep. Andreu Clyde described the attack as an “act of vandalism”, dismissed his portrayal as an “uprising” and compared the protesters’ behavior to “a normal tourist visit”.

It was later revealed that the first-term lawmaker had helped barricade the Chamber room on Jan. 6 as the crowd sought to knock down doors on the floor. Capitol Police officials said they had withdrawn multiple firearms from protesters who had stormed the building.
In the same session, Rep. Jody Hice, another Trump loyalist, suggested the protesters were the victims on January 6, not the attackers. And Rep. Ralph Norman asked if the crowd consisted of Trump followers.
“I do not know who did a poll that they are supporters of Trump,” he said.

Revisionist allegations have helped keep history in the spotlight as angry lawmakers on both sides of the aisle have accused those rumors of flagrant denial.
However, the single most responsible source for sparking the debate has been Trump himself.

Although he is banned by Twitter and Facebook, the former president has issued a series of lengthy and growing statements in recent weeks, adding to his false claims that the election was stolen; attacking Republican voices that are again against those lies; and warning Republican leaders to oppose any move to set up an external commission to investigate violence committed by the crowd of his supporters.

“Republicans need to become much tougher and smarter and stop using the Radical Left,” Trump said in a statement this week opposing the Jan. 6 commission. “Hopefully, Mitch McConnell and Kevin McCarthy are listening!”

Democrats, meanwhile, are just happy to amplify GOP divisions as they seek to investigate the causes of the Jan. 6 attack and keep it in the public eye.
The mayor, Nancy Pelosi has said that such an investigation will happen at any cost. In this case she is likely to form a special congressional panel to pursue the investigation.

And other prominent Democrats are also blaming the front, saying Republican efforts to turn the page disprove the historical nature of the attack.

“It was a national trauma,” he said. Do we turn the page on September 11th? Are we turning the page on Civil War? Or do we try to learn from a traumatic event like this? ”Said Rep. Jamie Raskin, who led the prosecution in the Trump acquittal trial.

“The idea of ​​hiding everything under the rug is morally disgusting and politically unstable. It just doesn’t work, “he added. “Thus history cannot go on.” 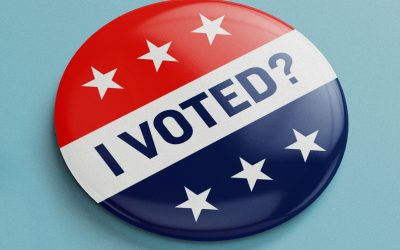