“Defender Europe 2021” descends ‘in the heart’ of Tirana

NATO forces that are in Albania as part of the armed exercise “Defeder Europe 21”, have landed this Sunday in “Mother Teresa” Square.

This is done for the Albanian citizens, in order to have the opportunity to closely follow the armored vehicles, military vehicles, but also to talk for a few moments with local and foreign soldiers.

As part of this development, a ceremony was held in “Mother Teresa” Square, attended by Prime Minister Edi Rama and President Ilir Meta and US Ambassador Yuri Kim.

We recall that even on the day of the reception, in the port of Durrës, the two heads of state got together, but, in the direct connection on “Facebook”, at the moment when President Meta took the floor, President, Prime Minister Rama, interrupted the broadcast and ended it prematurely meeting. 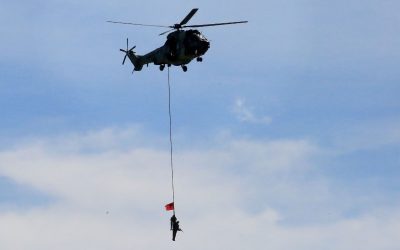